3 Ways to Improve Your Safety Culture 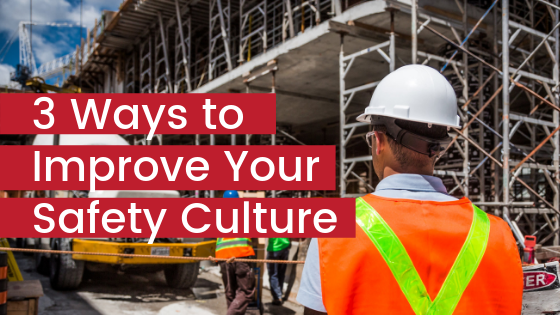 “Get the culture right and the results will follow” Bill Walsh

For a company, culture is the competitive edge. For a team, it’s why you want to come to work. For an individual, it’s the way to get the best out of yourself for a large proportion of the day. It also forms part of your life story – and you know when you’ve worked in an organisation that has an incredible culture because you will remember it 20 plus years later and possibly still reminisce about it with some of those colleagues.

Yet culture can be one of the first things to be neglected, particularly when times are tough, resources are low or when restructure or change is afoot.

The beauty of culture is that it’s something that doesn’t have to wait for the budget or for a leadership course to happen. A team can make a conscious decision to create the culture that they want at any given moment – they may just need a framework to do so, some determination to recognise and break current habits and some support from the company in terms of giving the green light to be proactive with their team culture.

Three key focus areas of improving your safety culture are:

They also start to break down any barriers, judgements or biases towards each other. They see things from a different perspective and understand that just because they don’t like someone, it doesn’t mean they can’t respect them.

Conversations within the INSTINCT(C) framework have been proven to create more open and real conversations, with everyone contributing and having their say, and everyone feels they can speak up and honestly about what it is they feel.

The perception of care is a huge factor within an organisation in driving the culture that people want to be part of. The minute people feel that the care factor is lacking, then resistance happens – resistance to buying into a company’s goals, values or strategy, and resistance in performing to their best level, because, after all, why would you if they don’t care anyway? Resistance in supporting their manager, because why should they care about them if the feeling isn’t reciprocated?

It never hurts to say, or even better, show, how much you care.

Siya Kolisi is South African’s current captain of the Springboks and is an inspiration, not only because of how far he has come despite a background of poverty but also his leadership style on the pitch. He hugs every player as they run onto the game. That ritual signifies care in an incredibly powerful way. 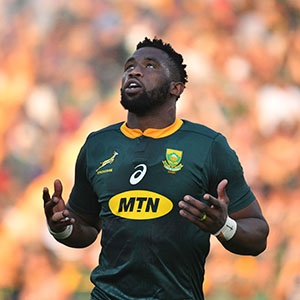 People need to have belief in the systems, the processes, the management, the crew and the overall purpose in order to lift their performance. They also need to see that their leaders have the same beliefs. A team needs to create its own beliefs to operate from, to create that level of conviction that will drive their collective purpose.

The actions behind a belief need to be congruent, and visibly led not only down up, but also top-down. A powerful exercise that team do during the INSTINCT(C) safety culture program is to identify and commit to the beliefs they want to hold as a team. Some examples from a recent site are:

Getting the culture right requires minimal external resources and a whole lot of invaluable input and ideas from the team. There’s really no excuse not to!

To learn more about our programs to improve the SAFETY CULTURE in your business, call 0420 204 982 or email deborah@deborahkeep.com.